There are a lot of terms you hear thrown around when referring to a guitar, it’s neck and how it plays. Nut width, scale length, neck angle, string spacing, fret wire… but today we’re going to talk about one spec I get a lot of questions on – fingerboard radius.

The radius of your fingerboard can have a huge impact on how you play your guitar and how it responds to different playing styles. This can be a big factor when choosing your next guitar – especially when buying online where you can’t play it first. We’ll start at the beginning…

Think back to high school math class. In geometry, radius is defined as “the length of a line segment from the center to it’s perimeter.” Stick with me here…

Ok, so circles, what does that mean? Well, circles are at the heart of the fingerboard radius. Most all guitar fretboards have a convex curve to them, and the fretboard radius measures how severe of a curve your fingerboard has. A lot of guitars these days have a 9.5” fingerboard radius. So that means, if you were to make a full circle following the exact curvature of your fretboard all the way around, you would get a circle that is 19” in diameter. A circle’s diameter is two times the radius: 9.5+9.5 = 19.

So the smaller fretboard radius you have, the smaller the “circle” would be from following the carve of your board and the more rounded your fretboard would be.

A vintage radius at 7.25” would has the most severe curvature to it. Many vintage guitars and vintage reissue guitars have a 7.25” radius on them which is extremely 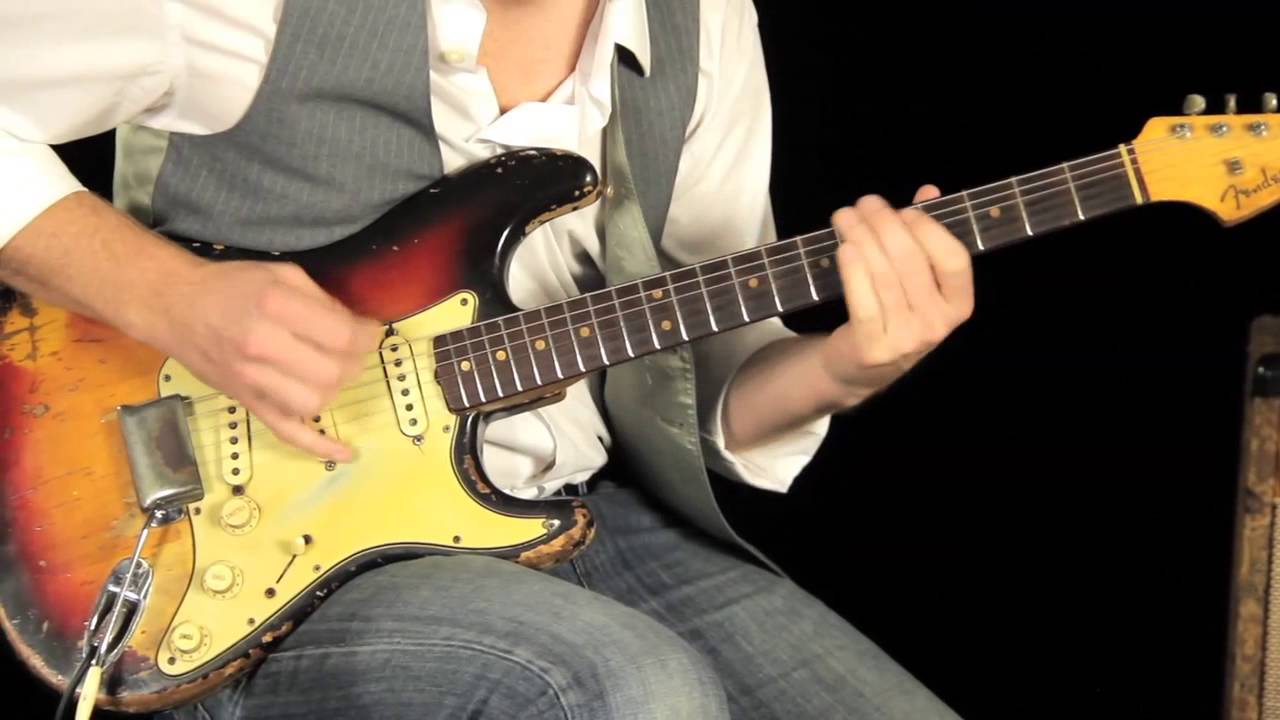 comfortable for chords, but can get a little dicy playing lead notes and bending. On the very rounded radii, you can have notes “choke out” when bending them because of the more drastic “hump” in the middle of the board. Back in the 50s and early 60s, no one was shredding quite yet, so everyone was content playing supporting chords. But that soon changed and in an effort to appeal to more lead players, Fender, among other companies, started putting a flatter 9.5” radius on their standard guitars. This still has a good curvature for chords, sits nicely in your hands and is flat enough to not have notes choke out when bending.

A lot of singlecut, set-neck guitars these days are in the 12” to 16” range for a radius, so that (along with the shorter 24.75″ scale length) is why it seems so easy to bend strings on Les Pauls. Some shredder guitars even get up into the 20” radius range, which at that point, you are basically playing a flat board. This is much like Classical guitars, which allows for lightning fast lead playing.

Pick up a few of your favorite guitars and try to figure out what the fretboard radius is on them. You can usually find that info online pretty easily. The more you can familiarize yourself with which necks you prefer, the easier time you’ll have narrowing down your next acquisition.